One type of device designed to fight flames is the fireballs.

Considered a reliable line of defence against the spread of flames, they are also placed in temporary vehicles and structures.

It has been around for years, but only recently has it become popular in homes and businesses.

Its unique design offers many advantages.

In the 19th century, glass balls containing fire-fighting liquids were widely used to fight fires.
Design eventually fell out of fashion and only now has it begun to make a comeback in the industry.

The firefighting balls available today are not made of glass, but typically constructed with a PVC wrapped foam shell.
These products react quickly to heat and flames, causing the triggers built into the unit to respond and disperse the dry chemical suppressor stuck inside.

To actively fight a fire, it must be thrown or rolled through the flames, where it will activate and spread a dry powder extinguishing agent.
Monoammonium phosphate is commonly used as a non-toxic alternative that extinguishes flames in class A, B or C fires.
They are also passively effective, without human intervention.

The devices are generally marked with brightly coloured enclosures that indicate their use and serve as a warning to those who may attempt to move the device.

How do fireballs work?

Different models may work in slightly different ways, but the basic idea is the same. An activation or trigger strip is incorporated into the outer shell of the ball, which firmly holds the dry extinguishing agent inside.
When the activator or trigger is exposed to flames for more than a few seconds, the casing will open and disperse a cloud of chemical dust in the immediate vicinity.
A fireball can usually extinguish flames in an area with a radius between 4 and 5 metres.
Inside, an acoustic warning is set up as a burst or other loud noise to alert people in the vicinity.

The devices are generally marked with brightly coloured enclosures that indicate their use and serve as a warning to those who may attempt to move the device.

The devices function as passive protection (without human intervention) in 3 different ways:

Fireballs or firefighting spheres offer unique advantages and are often used in conjunction with other more traditional fire extinguishers to provide additional protection and coverage in homes and offices.

This type of device is maintenance free and will typically provide around five years of reliable coverage before it needs to be replaced.
Traditional fire extinguishers need care and can become expensive to maintain.

Fire extinguishing balls are effective both passively and actively, i.e. mounted on the wall and/or thrown or rolled into flames.

Flexibility and ease of use make it a wise choice for family homes.
Although it is not generally recommended that the device be used actively on a Class B fire, it can still be mounted for passive protection in areas where there is a high risk of Class B fires.

When activated, the dry chemical extinguishing agent inside the device is typically non-toxic and harmless to humans and animals.

It is possible to roll or throw more fireballs into a large fire to control the spread and bring the flames to a more manageable level.

Although the device should be stored indoors so that it is protected from the elements, it can be used effectively to actively fight fires outdoors.

Many of the models available on the market are easy to dispose of when the expiry date has expired.
The chemical agent is usually monoammonium phosphate, which can be safely used as garden fertiliser when mixed with water.
And its outer plastic or foam core can usually be recycled, depending on local recycling programme specifications.

Not intended to replace the standard fire extinguisher, but rather used to provide additional protection and safety against fire, a fireball is reliable, effective and provides trouble-free protection around the clock. 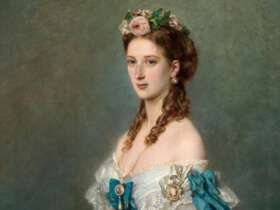 The queens who have fascinated their kingdom with beauty 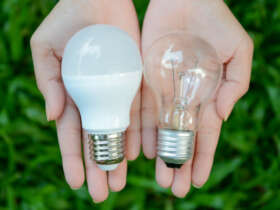 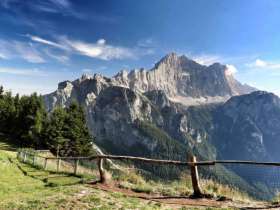 Where do the mountains get their name from?