On Tuesday 24 November 2020 the launch of the Chinese rocket Long March 5Y for the Chang’e 5 mission took place successfully.
The rocket, destined for the Moon, aims to bring back lunar soil samples.

Weighing almost 900 tons, with a power comparable to the SpaceX Falcon 9 or ULA Delta IV rockets, the Long March 5Y is part of the Chang’e 5 mission of the Chinese National Space Administration (CNSA).

If all goes according to plan, the probe should collect about two kilograms of moon rocks and bring them back to Earth.
This would be the first mission of its kind since 1976, when the Soviet Union’s Luna 24 mission took place.

During the fever of the first great space race, the American and Soviet missions took many finds of lunar soil. In total it is estimated that in its time more than 300 kilos of rocks and dust were brought from our satellite.

At the moment it appears that all phases have been successfully completed:

The Chinese space agency expects the Chang’e 5 mission to last a total of 23 days.
Some of the modules will remain in orbit and another will land on lunar soil.
The moon landing will take place in the area called Oceanus Procellarum, which has already seen the Apollo 12 mission and the Moon 9, Moon 13, Surveyor 1 and Surveyor 3 land.
The module on the lunar ground will be responsible for drilling about 2 metres into the ground and collecting about 2 kg of samples using a mechanical arm.
The mission will have a short duration since the lander is not equipped with a radioisotopic heating unit and would therefore not be able to withstand the colder temperatures of the lunar night, for this reason the autonomy of the lander will be only one lunar day.
The module, therefore, will take off to reconnect to the remaining module in orbit and return to Earth.
The return is scheduled for mid-December with landing in the Mongolian area.

Chang’e 5’s journey to the moon is not just about collecting samples.
According to reports from mission leaders, the lander has scientific instruments to carry out studies on the lunar soil.
Among the instruments on board are: a panoramic camera that will map the topography of the site, an infrared spectrometer that will determine the physical composition of the stones and a measuring instrument that will analyse the composition of the subsoil. 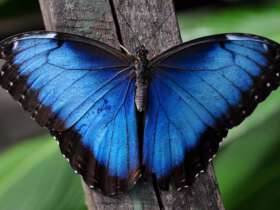