Tell me what food you eat and I’ll tell you who you are, is there a link between our favourite foods and our personality?

Just as you have an attraction for certain colours, music, cultures, ideas… you also have particular food trends that reflect your psychological profile.

It is no coincidence that you prefer sweet, salty, sour flavours etc., your personality and emotional states have a great influence on what you put on your plate.

If we ate out of real hunger, we would probably stop at the first courses.
However, it can become a problem when you are unable to control yourself and the food becomes an emotional outlet.

Emotional hunger suddenly arrives and looks for food that satisfies your needs at that moment, it never fills you, whatever you eat, you always feel an unbridgeable emptiness.
It leads to binge and the consequent feelings of guilt and shame.

Some causes of emotional hunger:

Some food trends below will give you interesting information about yourself!

The personality of those who prefer acidic foods

The preference for the acidic flavours of citrus fruits (oranges, grapefruits, lemons, bergamots, lime, etc.) is typical of rational people.
People who love this taste are used to think too much and may experience symptoms of anxiety.
Acid flavours help to calm fears, anxieties, fears and stress, therefore, acidic smells and tastes would have a calming and relaxing effect in case of certain psychological problems and anxiety-inducing emotions.
People with an anxious or stressed temperament will consciously or unconsciously try to calm or get rid of their fears and fears by eating acidic foods.
This eating habit can also reveal unconscious fears about your state of health, for example in hypochondriacs.

A tendency to eat a lot of salty food, to add salt to food or even to eat too much of it may indicate a need for recognition.
Those who love salty food seem to be ambitious and capable of motivating themselves.
Most people who eat salty food aim high and straight to their goals.
The fact that they prefer salty food is greater in people who feel that their actions are undervalued and recognised.
These people are therefore frustrated and compensate for this lack of recognition by preferring salty foods such as chips or dishes containing a lot of salt.
This phenomenon is characteristic of ambitious and/or competitive people in work, business, leisure or sport.
These people are also, in general, impatient with small things.
For example, they do not like to wait when they are in line or stuck in traffic.

People attracted by peppers are more adventurous than average.
In the 1970s, Paul Rozin demonstrated the principle of “benign masochism”.
This term characterises people attracted by adverse stimuli, in other words: it characterises those who love “having their mouth on fire”.
An American researcher, Nadia Byrnes, gave the volunteers higher and higher doses of capsaicin, the main ingredient of chilli pepper. According to Nadia Byrnes, spice lovers love novelty, are not afraid of punishment and are more sensitive to reward (the result of their action).

They are opposed to people who hate spices because they are afraid of novelty for fear of the punishment that could result from breaking the established rules.
On the contrary, spice eaters do not care about breaking the rules.
This type of person enjoys new sensations and takes risks much more than most people.
Spices and spicy foods thus offer them an endless field of exploration.
These would stimulate the desire to live intensely.

Carbohydrates and sugars are usually associated with the concepts of safety, compliance and reward.
Or carbohydrates, known as comfort foods, are the preferred foods of people who do not like to cross lines or take risks, prefer routine activities and are resistant to change.
Therefore, a marked tendency to eat pasta, potatoes, bread and all sweet foods reveals cautious people.
Carbohydrate and sweet food enthusiasts are generally satisfied with what they have and are quite calm. They do not show a particularly competitive spirit and rather work as a team.
Sugar lovers work, in general, in companies and salaried professions. They are rarely found in independent or liberal professions.
Carbohydrate lovers think a lot, sometimes too much, before making decisions and are rather passive.
According to the American nutritionist Keith Kantor, sweet food eaters prefer comfort, do not stray too far from their family environment and love their small habits.
Those who prefer sweet food tend to be better and more compassionate. It is the taste of goodness and sharing with others. You are probably a very kind person and like to be in company.

This inclination reveals a tendency towards perfectionism, even when this character trait is taken to the extreme: to mania.
If you like crisps, biscuits, pretzels, crackers or anything that breaks when you bite into them, you are an energetic person capable of great concentration but often unsatisfied.
Remember that nobody is perfect, although it is important to strive for perfection.
You can do something over and over again because you always find the wrong detail in what you are doing, even when you are on the latest version. You always expect more from yourself.
People in this category have high expectations for them.
They are enthusiastic, it is very pleasant to live with.
Their company is sought-after, as they are generally a lot of fun and love to party.

If you have regular cravings for chocolate or irresistible desires for this food, it could mean that you are trying to compensate for stress, disappointment or depression.
Chocolate stimulates the production of two hormones: serotonin and dopamine, the latter also called the “happiness hormone”.
In addition, chocolate is excellent against stress as a source of magnesium and theobromine which reduce the production of stress hormones such as cortisone.

It also seems that cocoa is the preferred compensatory treatment for people who are hypersensitive and often very affected by their emotional problems or romantic failures.
This inclination for this kind of kindness is often the prerogative of people who love to help others and have a great sense of empathy.
They can, however, be manipulated by unscrupulous people who are unscrupulous enough to take them out of their feelings.

According to many studies, meat eaters are people who are very attached to traditions and sense of values such as authority, respect, sense of honour, the word given.
They would respect the hierarchy more and would be more for the preservation of the existence of social classes than for non-meat eaters.

This does not mean that they support social inequalities, because they are able to treat people from other social contexts equally, they are rather “specists”, i.e. people who think that Man is a species superior to animals.

This does not even mean that they are for mistreating animals because they can also love animals, treat them well and give them a form of thought.

What are the foods that improve our mood?

Those who tend to prefer soft food and do not like to chew much, may have a certain tendency to suffer, to be passive, difficulty in expressing their emotions clearly, prefer to avoid direct confrontations and take responsibility with a certain fear.

Who, on the contrary, prefers solid food and likes to chew, probably has a more active and strong-willed personality.
They are not afraid of aggressiveness, they bite into life with more fullness and courage and are ready to take on responsibility by accepting it as a positive challenge.

Of course, all those represented here are general indications, which must be completed by a more subjective and personalised analysis. 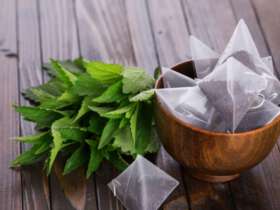 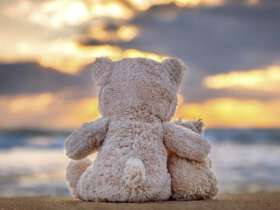 Helping kindness in children, helping them to be empathetic 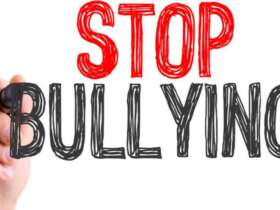 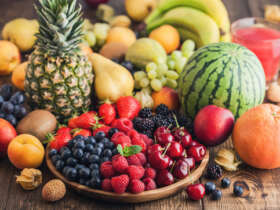 Fruit, the benefits we can bring to the table every day 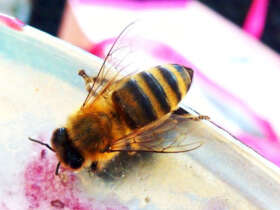 Bees and wasps: expert advice in case of bites and stings